Roti is a simple and traditional round Indian flatbread bread which is also known as Chapati or Phulka throughout the country. Ideal to serve with curries or lentils.

This authentic Indian bread ‘Roti’ is cooked in every part of India but it is a staple food in the Northern part of India. Rotis taste best when paired with dal or any type of curries.

I am sharing a very quick, easy and one of the most awaited recipes on my blog. It’s been really a long time since many of you are requesting me to do a post on this very humble and delicious Indian flatbread.

So after procrastinating for quite a bit, I have my Mom’s recipe to share with you guys. The name of the recipe is ‘Roti | Phulka | Chapati’.

Roti is a common name for Indian unleavened flatbread made with whole wheat flour.

For those who don’t know about Roti bread, here is a little intro. Roti is an Indian unleavened bread which is also known as Chapati or Phulka throughout the country.

Roti is a name for bread in Hindi language. Chapati comes from the word chapat, which means flat. So chapati is a simply known as flatbread. Phulka means puffed up in Hindi. Names are different but the final produce is 99% the same. The 1% difference comes from different rolling and cooking techniques.

Pin it to your DINNER BOARD to SAVE IT for later!

Roti is made in every part of India but it is a staple food in the Northern part of India. Here in Europe, I don’t make it every day, but my Mom still makes them everyday for lunch and dinner. And by saying that, I want to say that I still get to eat roti every day when I visit my Mom. Bliss. 🙂

How to serve Roti bread?

This homemade Indian bread Roti can be served with any curry or a lentil dish. You name a spicy dish and you can have with this. 🙂

How to make sofi Roti?

Making soft Roti or Chapati is quick and easy. It only requires making dough, rolling and cooking. Also it is made with a few ingredients.

The basic dough for this roti is made from ‘atta’, whole-wheat flour (durum wheat-flour), salt and some water. However, my mom used to add some salt so I also do that. This makes roti tastier. However, you can skip the salt part, if you wish.

Rotis are rolled first and then get roasted on a hot tava, or tawa/pan. And then they are cooked right on fire until they are puffed and have nice brown spots.

And I also apply some oil/ghee on the dough, this ensures that your rotis would be soft even after cooling down. To make them even softer apply ghee or butter when they are hot.

How to store roti?

Rotis taste best when they are fresh out of the tawa. But if you are not eating rotis right away, then I would suggest you to keep cooked rotis on a wiring rack to cool down.

Once the rotis are cooled down, simply wrap them in a kitchen tissue first and then in a muslin cloth or in a foil wrap.

These chapatis stay fresh for 4-5 hours at room temperature in a roti dabba.

Can I reheat roti?

Yes, reheating roti is Possible and it is fairly simple.

Reheating them is so easy if you are carrying them in your lunch box. Simply re-heat rotis for 15 seconds in microwave. Alternatively, you can even re-heat them on the tawa.

If you don’t want to re-heat rotis, then you can also eat rotis as they are. They would still taste good.

What is the right size and thickness for rotis?

Rotis are made in all sizes from very small to very large. Thickness and thinness also vary.

I usually make medium sized roti which is towards the thinner side slightly. No matter what size and thickness you are choosing for making rotis, just remember that a good roti should remain soft after cooling down. 🙂

How to roll Roti?

In current times, Rotis are simply rolled with the rolling pin like any other flatbread. Some people like to roll it with a rolling pin and other’s like to make it with the palm, by patting and pressing the dough-ball between palms to shape it into a circle.

However, ancient women only used this palm technique to make roti. They never used any rolling pin aka belan for making roti.

Some women still use this rolling technique, specially with the thich flatbreads such as Makki Ki Roti, Khoba Roti. It is indeed a time taking process. My grandmother also used to make chapati with hands occasionaly.

What are Roti cooking techniques?

Rotis are either cooked on the flame or on the tatwa. Some like to cook them on a tawa/pan first and then cook it directly on the flame. The roti gets puffed up when they come directly in contact with flame or heat.

Others like to cook roti entirely on a pan. Rotis also get puffed up on tawa. No matter which technique you use out of these two, both techniques will get you nice and puffed rotis. Here I am sharing both cooking methods in the video embedded in this post.

How to serve roti/chapati?

You can serve these with your favourtie curry, dal, or even with chutney. You can also make a wrap or quesadilla with these rotis. 🙂

Curries you can serve with this roti:

Let’s learn How to make Soft Rotis or Chapati 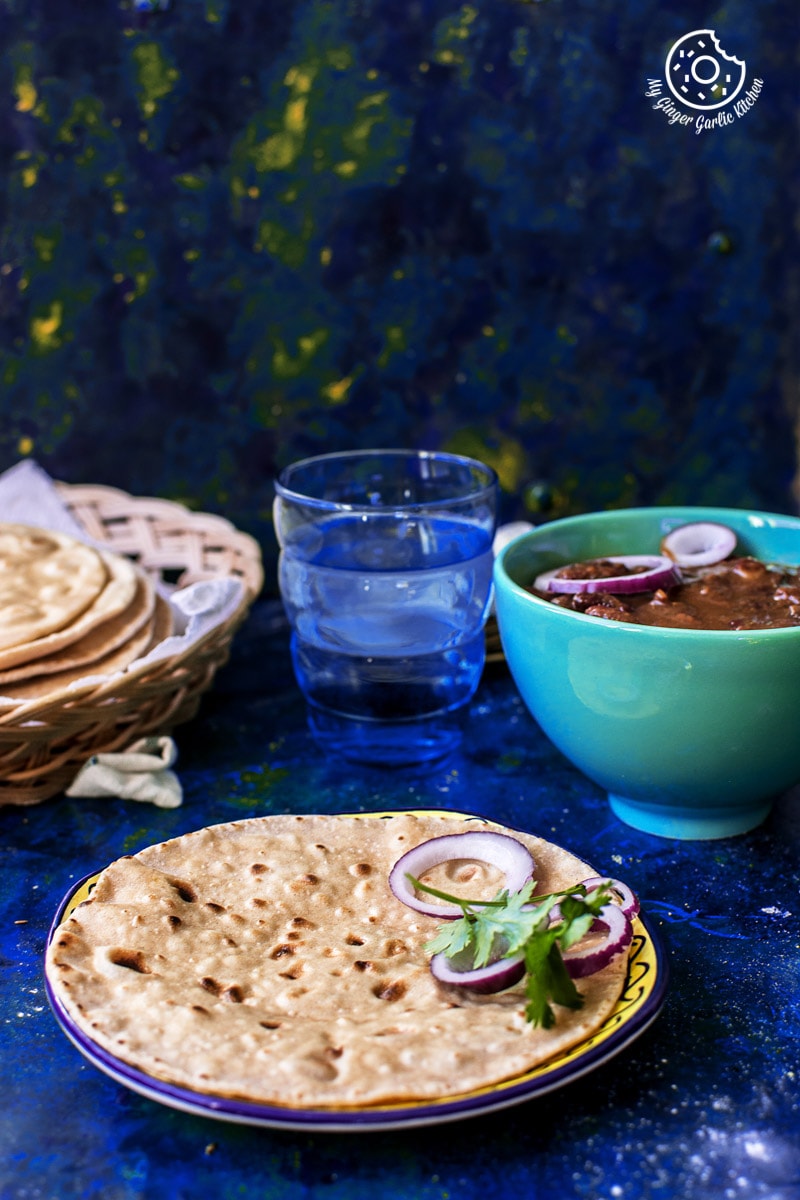 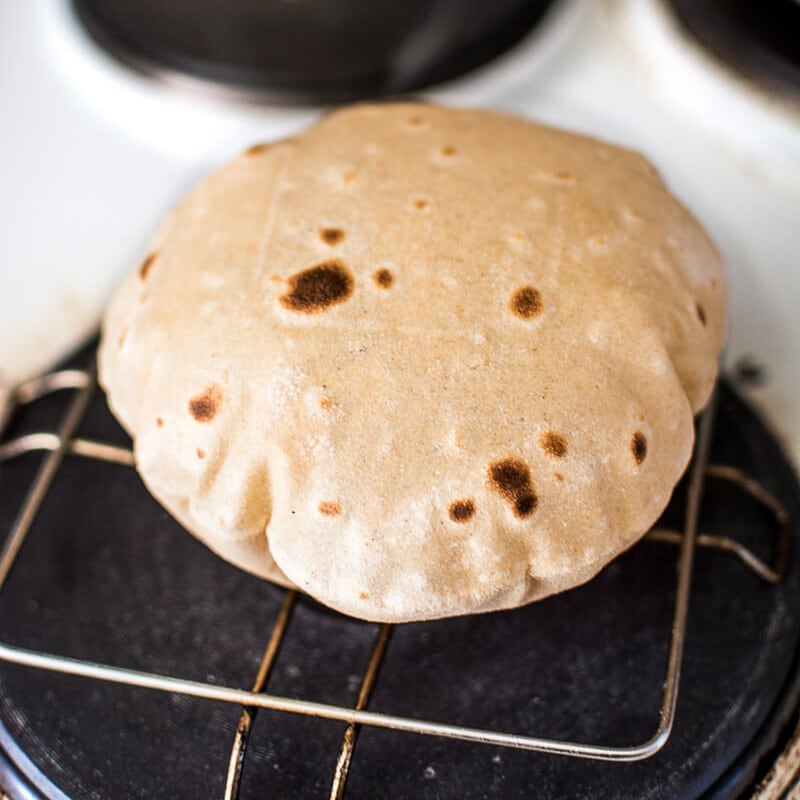 An authentic roti bread recipe. Roti is a simple and traditioanl round Indian flatbread aka roti, chapati or phulka. Ideal to serve with curries or lentils. ★★★★✰
(Rating: 4.1 from 207 reviews)

How to make Roti Dough:

How to Roll Roti:

How to Cook Roti on the Flame:

How to cook Roti on the induction and electric stove:

How to cook Roti on a pan: