You boil the soaked rajma until cooked through, and then add it to a spicy tomato onion masala mix (bhuna hua masala) made with some aromatic essential spices. Then you let it cook for sometime, and this amalgamation of masala cooked with boiled rajma ultimately brings a nice aroma to the gravy dish. 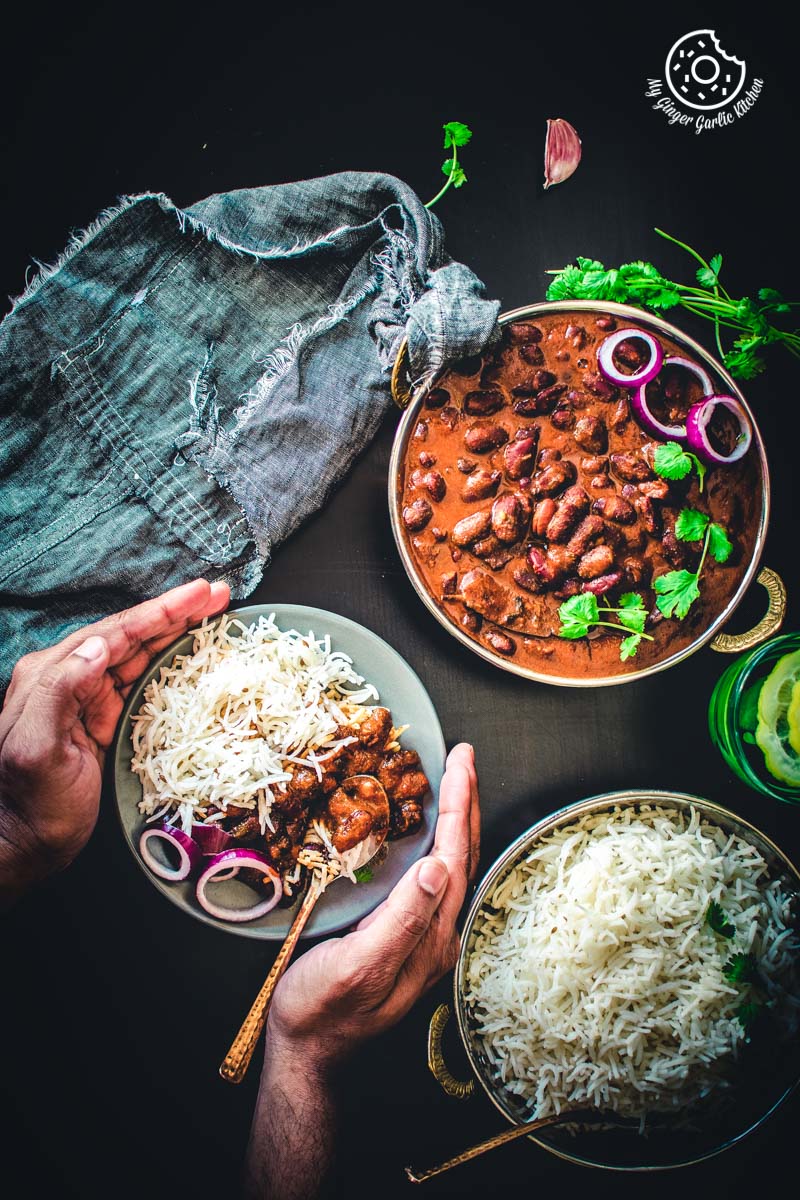 What is Rajma masala?

Rajma masala is a curry originating from the Indian subcontinent. Rajma Masala is a very popular dish in the Northern states of India.

This is a thick bean curry made of red kidney beans. This tomato-based gravy dish comes with many Indian whole spices and usually served with rice. 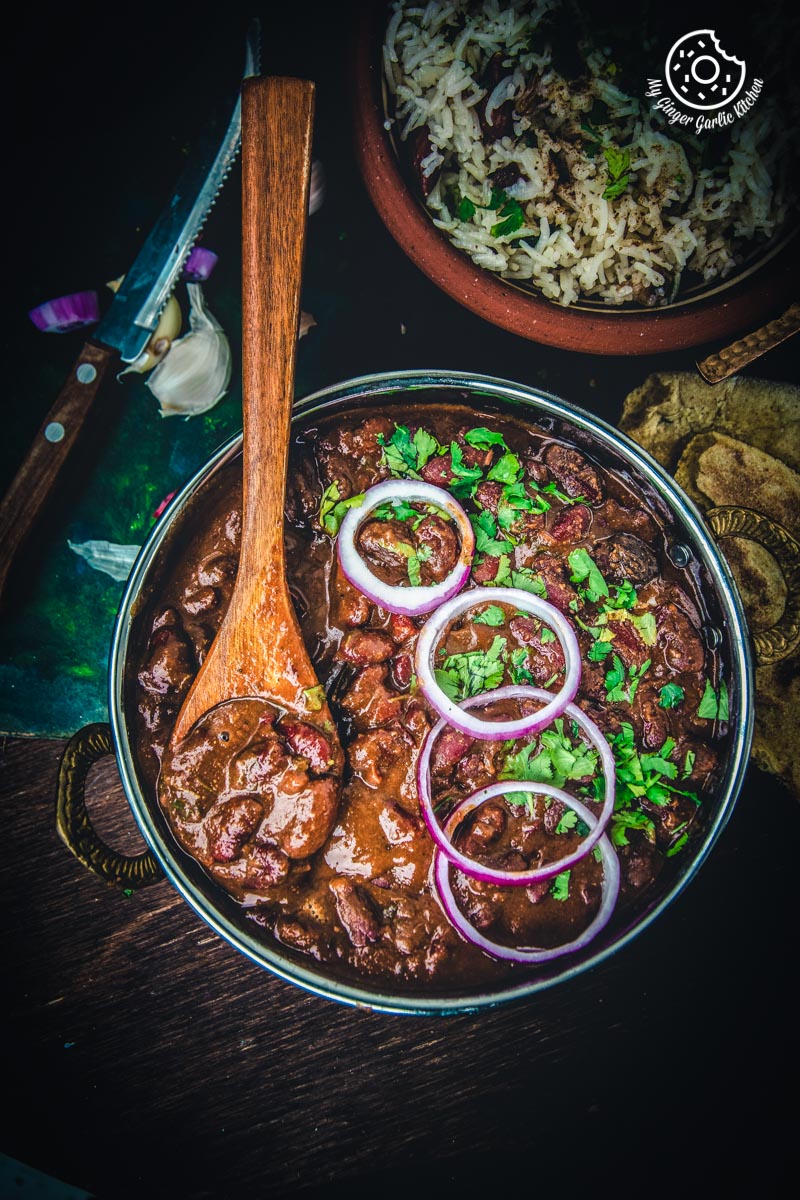 What is Rajma Chawal?

Rajma Chawal is a wholesome meal which is a part of regular Northern Indian diet. Rajma chawal is a dish where Rajma is a spicy curry which is served with steamed/boiled rice.

The combination of rajma and rice is very well-liked throughout northern India, giving it a universal name of ‘Rajma Chawal’. 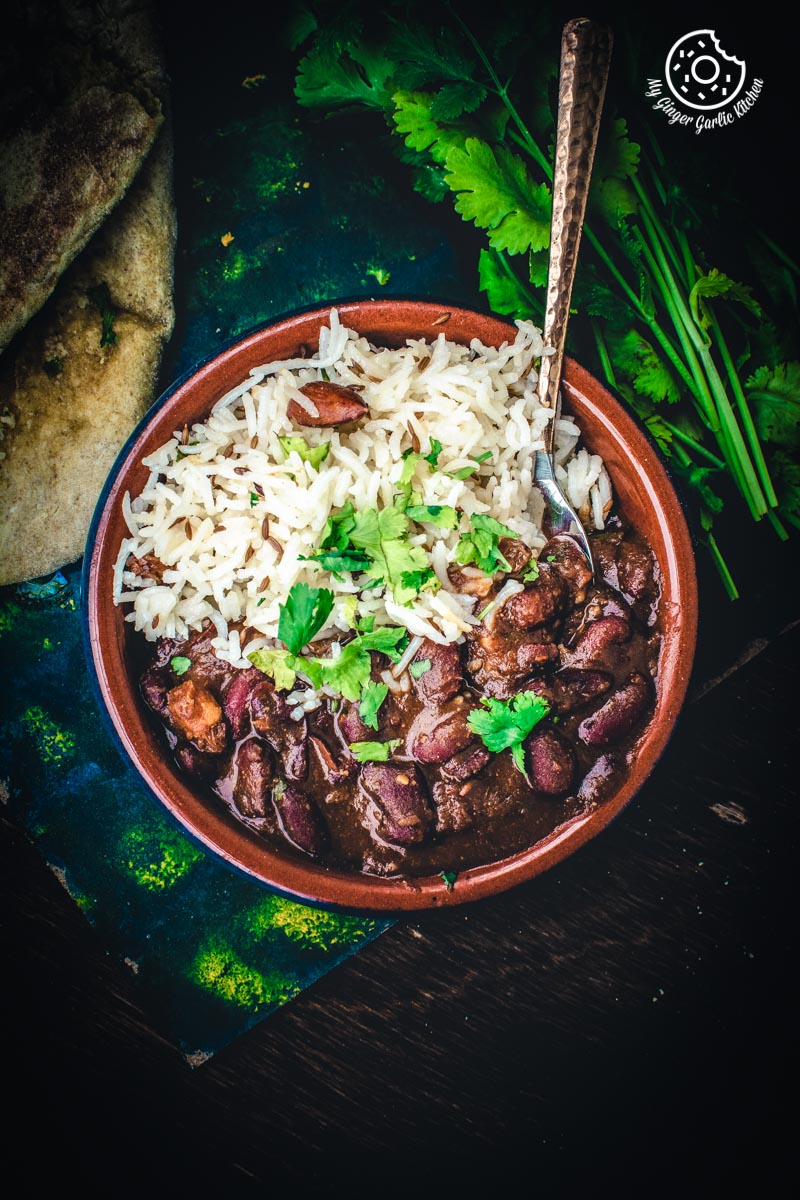 How to serve Rajma masala?

You don’t need anything fancy to serve this ‘rajma masala’. Simply eat this humble rajma curry with some steamed rice or any flatbread and get ready to fall in love with the deliciousness. 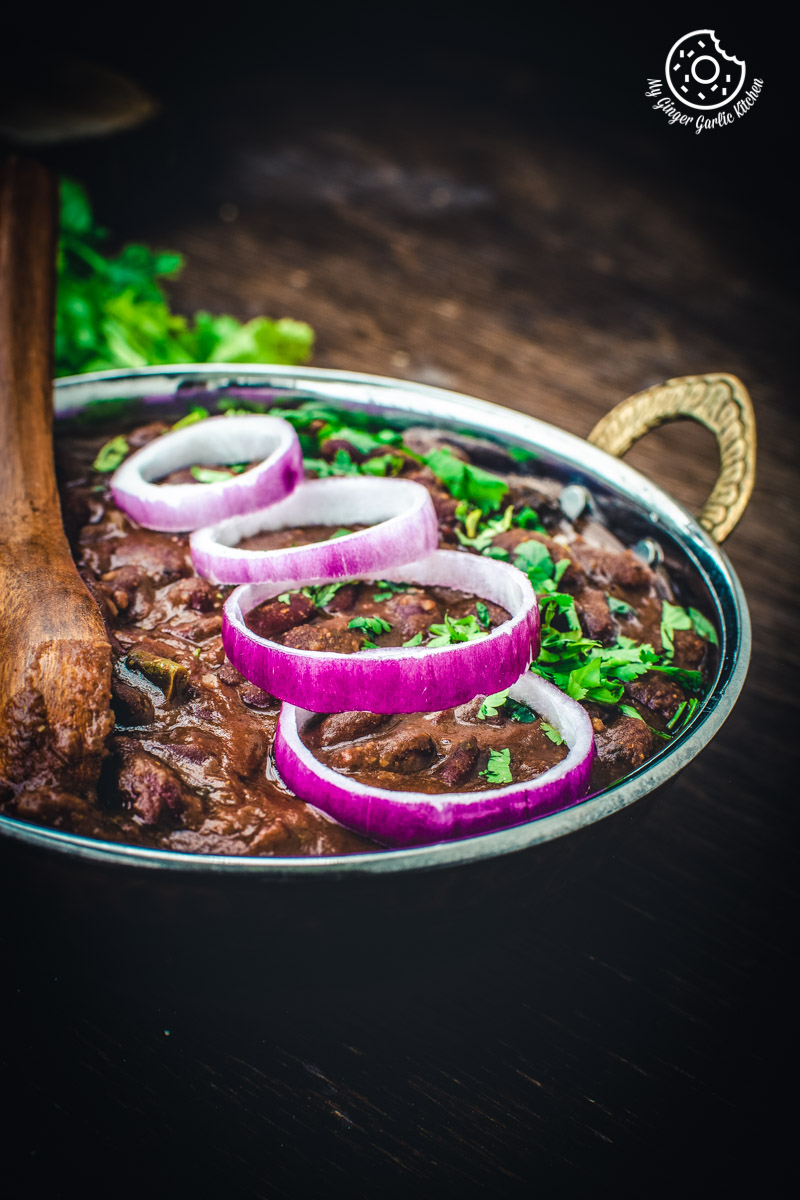 How long to soak Rajma before cooking?

Rajma is a Punjabi dish, and the authentic Punjabi way of cooking Rajma Masala is to soak it overnight in water. For the authentic recipe, It is very important to soak the rajma overnight. The next morning it doubles in size.

However, you can soak rajma for 6-8 hours, or overnight as stated earlier. And in case you forget to soak the rajma, then there is an interesting rajma making tip for you which helps in cooking rajma without soaking it for a long time. 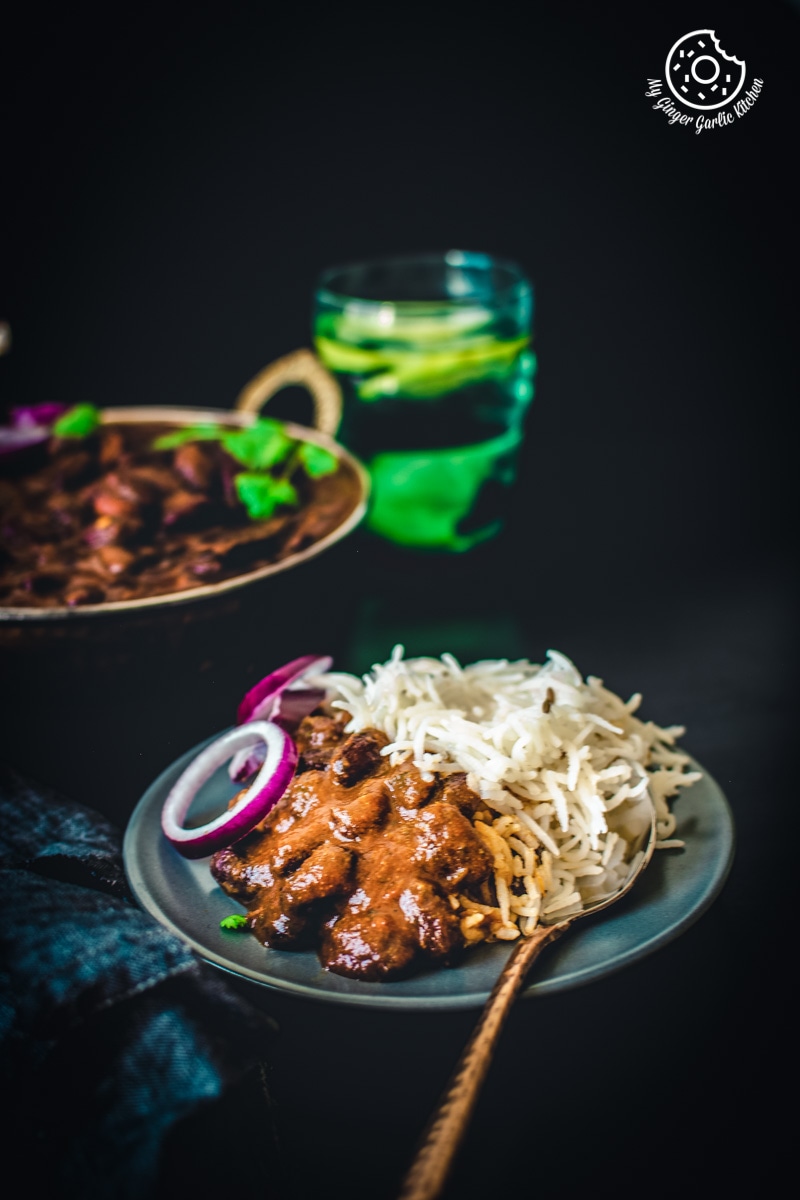 How much time does it take to boil Rajma?

It takes only 15-20 minutes if you are boiling it in a pressure cooker. But, if you are using a pan/pot for boiling, then it might take up to 45-50 minutes.

When cooked in a pressure cooker, how many whistles does Rajma need?

Usually, you need to cook rajma for 5 whistles, and then let the steam pressure go down completely before opening the lid. However, sometimes, this cooking time may vary due to the characteristics of local water, meaning hardness or softness of the water. 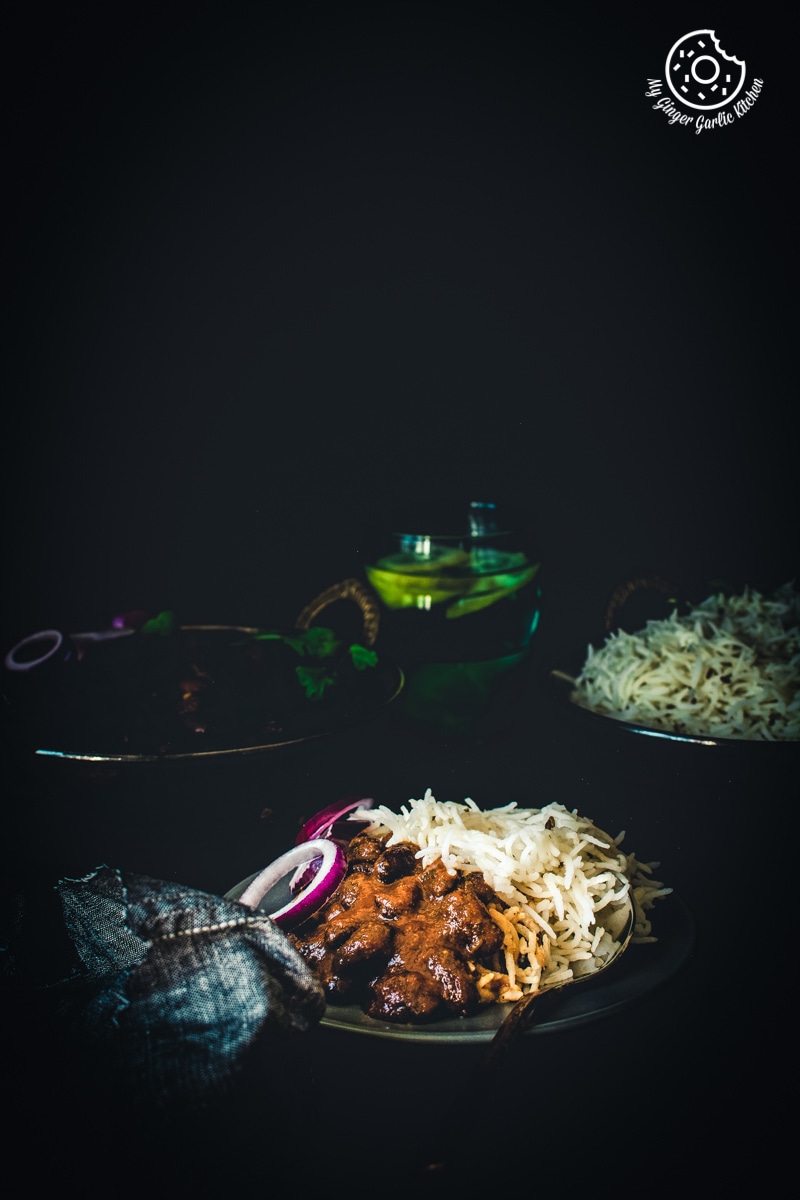 What do we call Rajma in English?

The English name for Rajma or Razma is kidney beans. Rajma is also a name of a famous vegetarian side dish.

Is Rajma a pulse or a bean?

Rajma is a bean, which has a classic kidney shape, that’s why it is also known as KIDNEY beans worldwide.

Is Rajma and kidney beans the same?

Yes, they are the same. 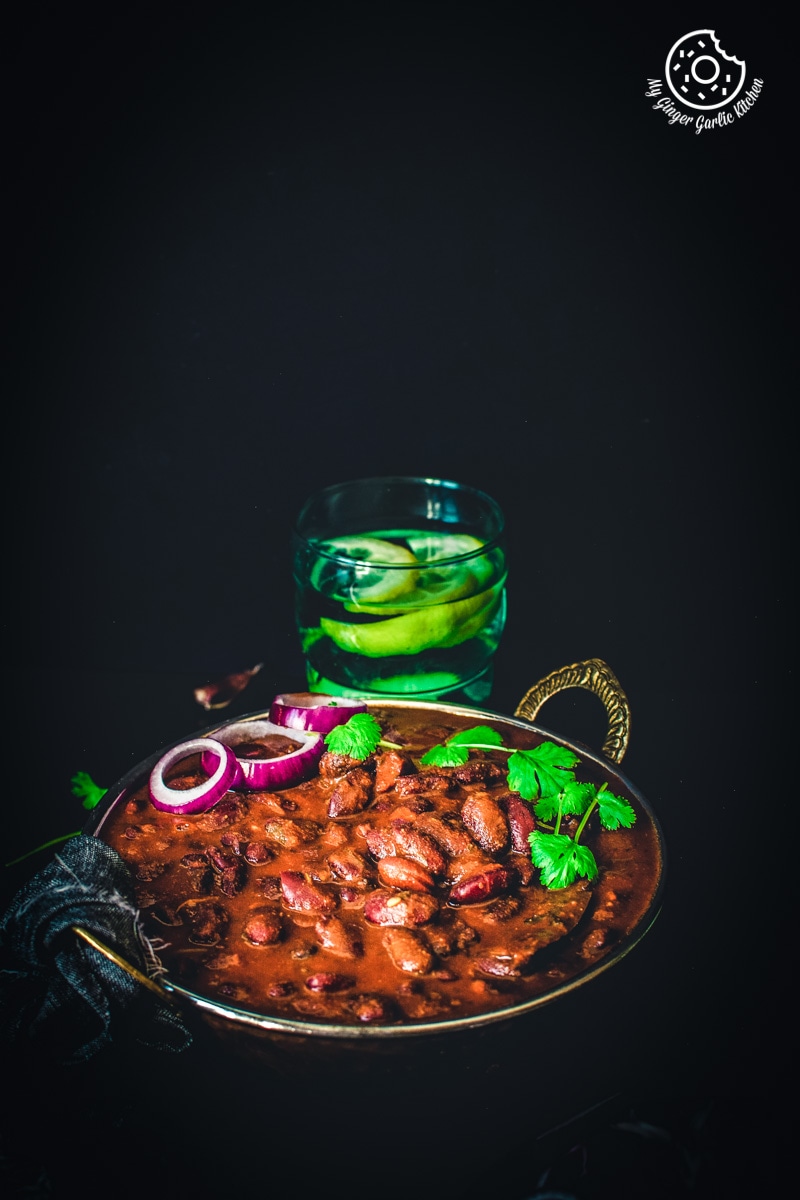 How many types of rajma are there?

There are usually 4 types of Rajma available: 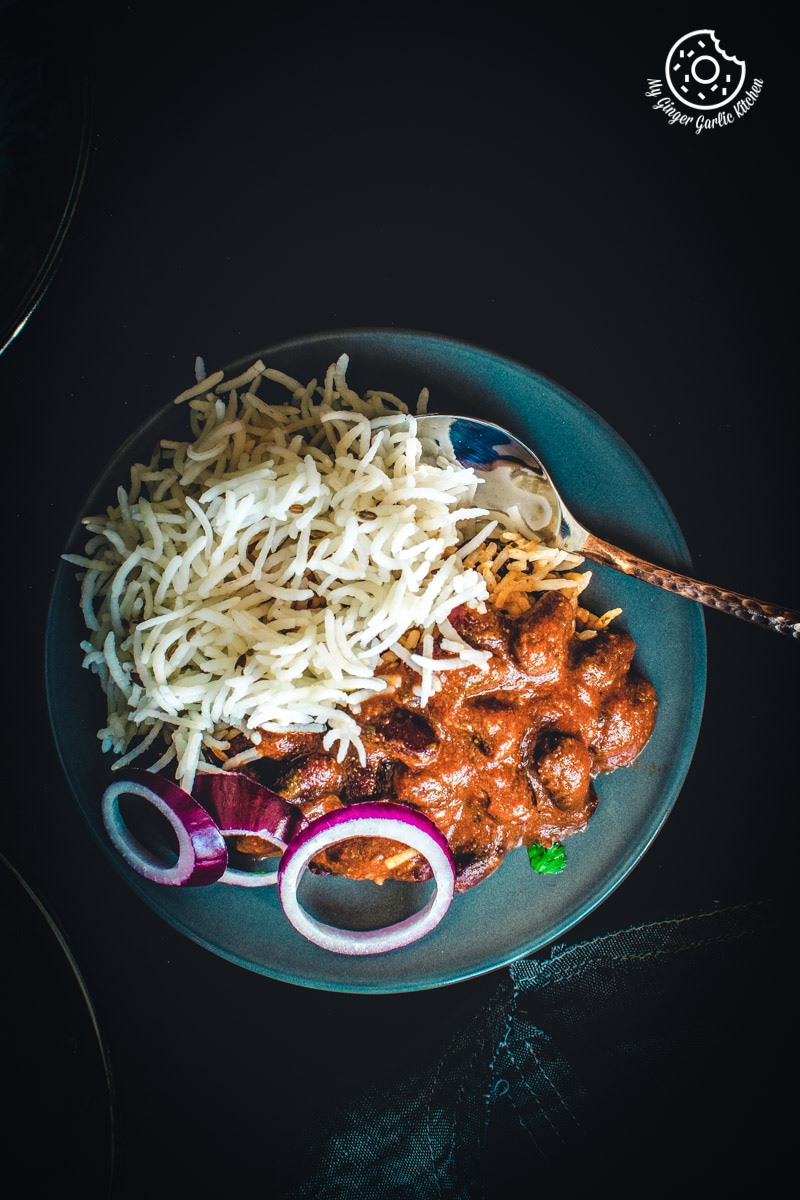 What else can I make with boiled rajma?

What are important storage Tips for Rajma/Kidney Bean?

What are Health BeneditsS of eating Rajma? 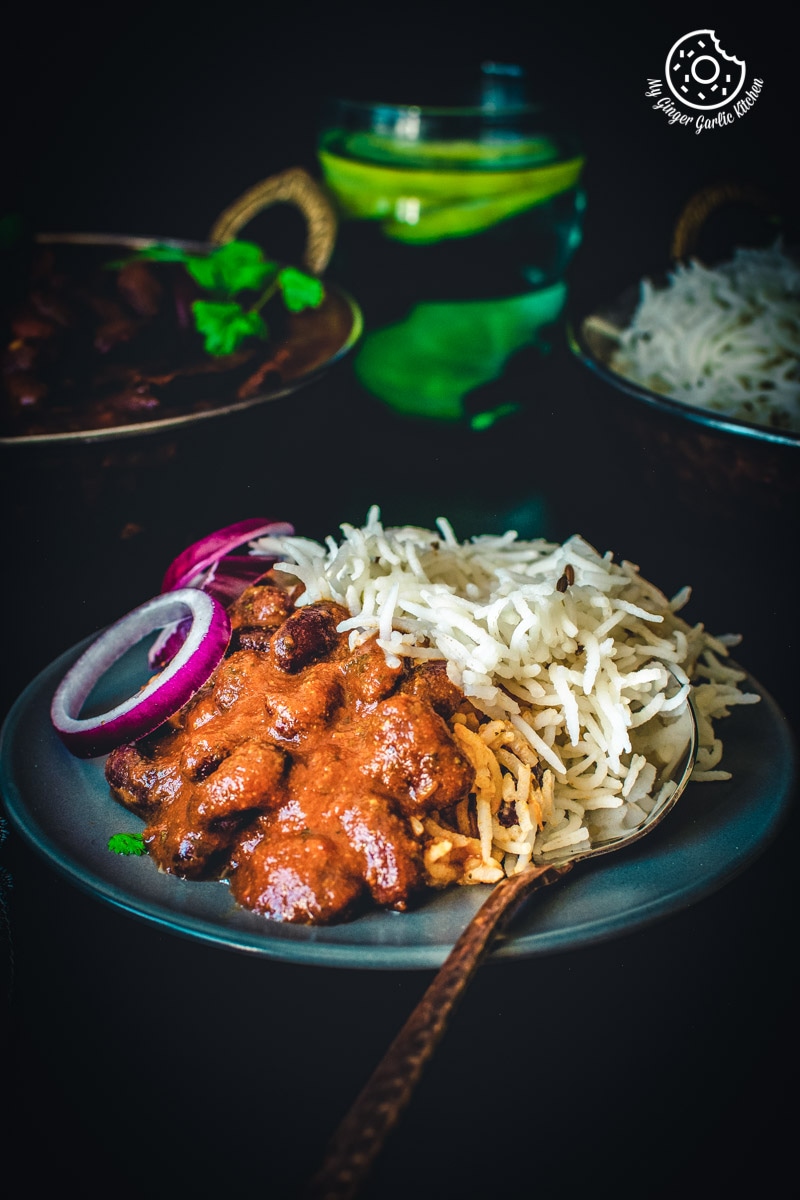 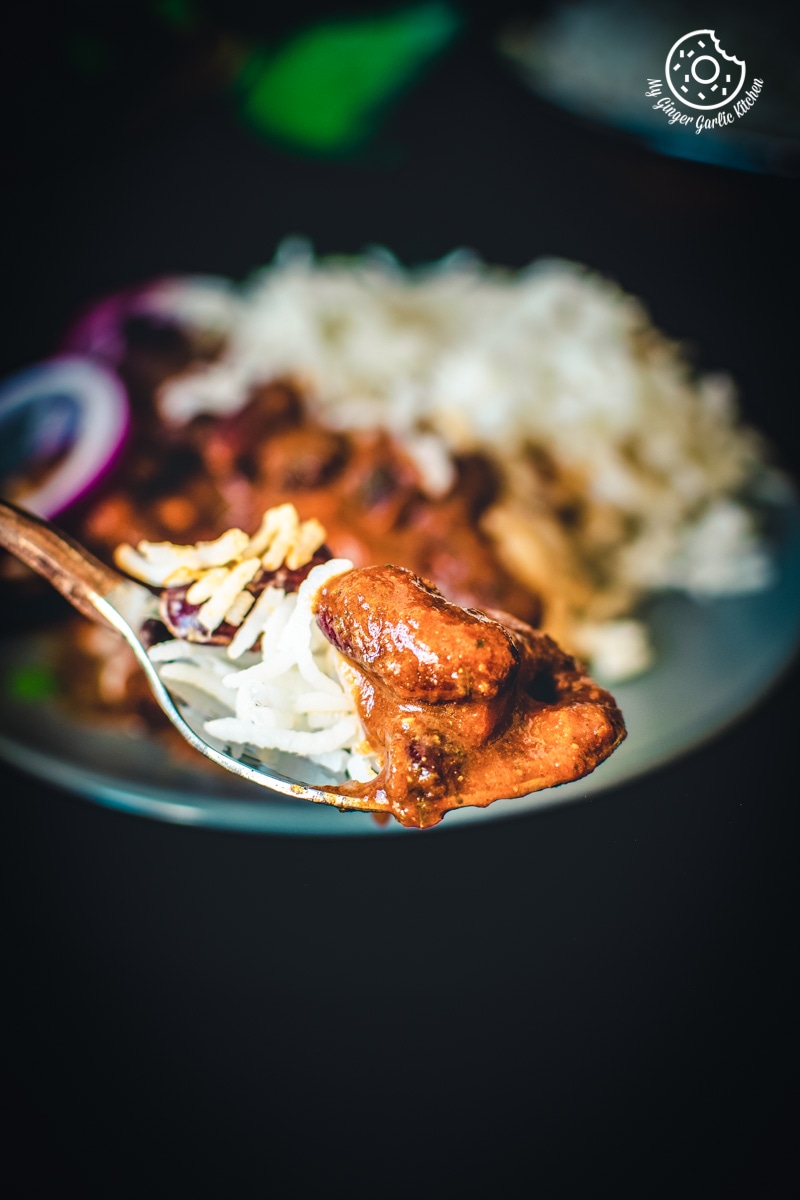 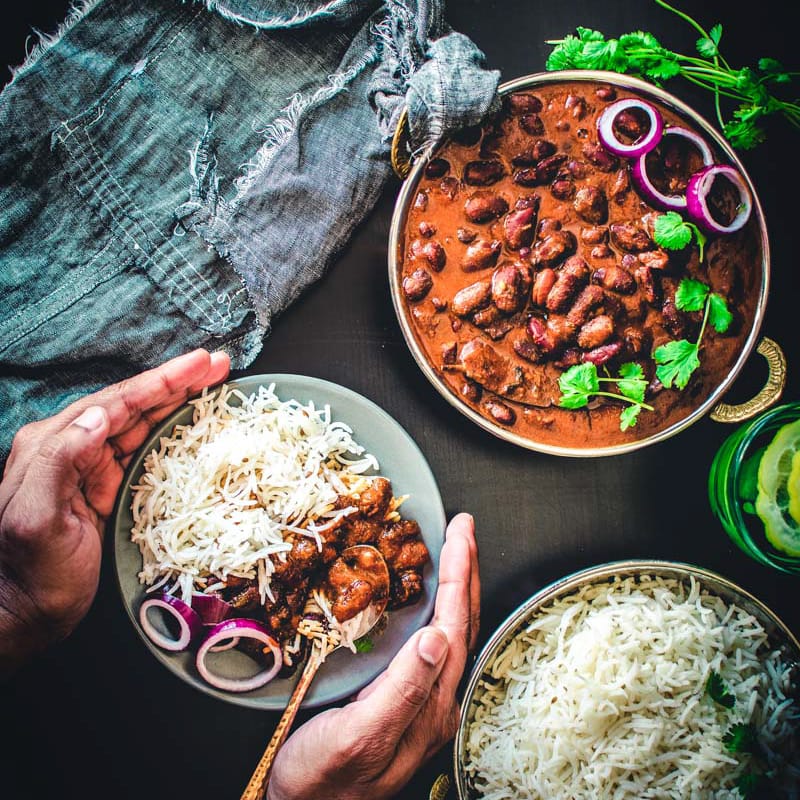 Restaurant Style Rajma Masala | Punjabi Rajma Masala is an extremely popular curry of Punjabi Cuisine. Serve this with plain rice or with a Chapati/Paratha. ★★★★✰
(Rating: 4.3 from 518 reviews)

How to Boil Rajma: