Learn To Make Aloo Poha aka Kanda Batata Poha, or Potato Poha Recipe with a quick recipe video tutorial. Poha is a popular dish which is easy to cook.

Poha makes a wholesome breakfast or a simple snack, which is made of flattened rice. 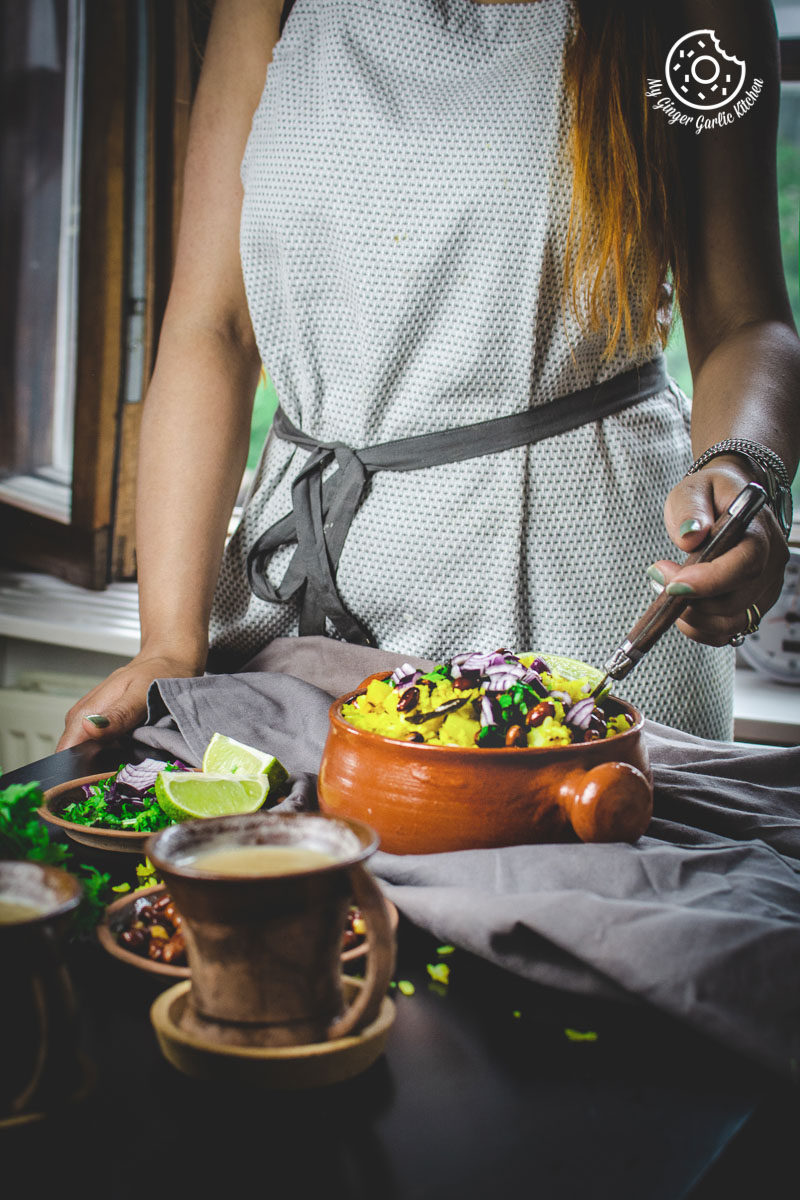 This poha is better known as batata poha, where batata means “potato” and poha means “flattened rice”. Thus, this Aloo Poha is a dish made from flattened rice which is fried with potatoes, turmeric, onions, mustard seeds and some more ingredients.

It is quick and easy to make, and is truly flavorful and goes well with hot chai / coffee in the morning.

Poha originates from the Indian subcontinent. Poha is also known as pressed rice, beaten rice, flattened rice or chura, where rice is flattened into flat, light, and dry flakes. When a liquid such as milk or water is added to these flakes of rice, they absorb the liquid, and thereby swell up. This liquid could either be hot or cold.

What is Poha called in English? 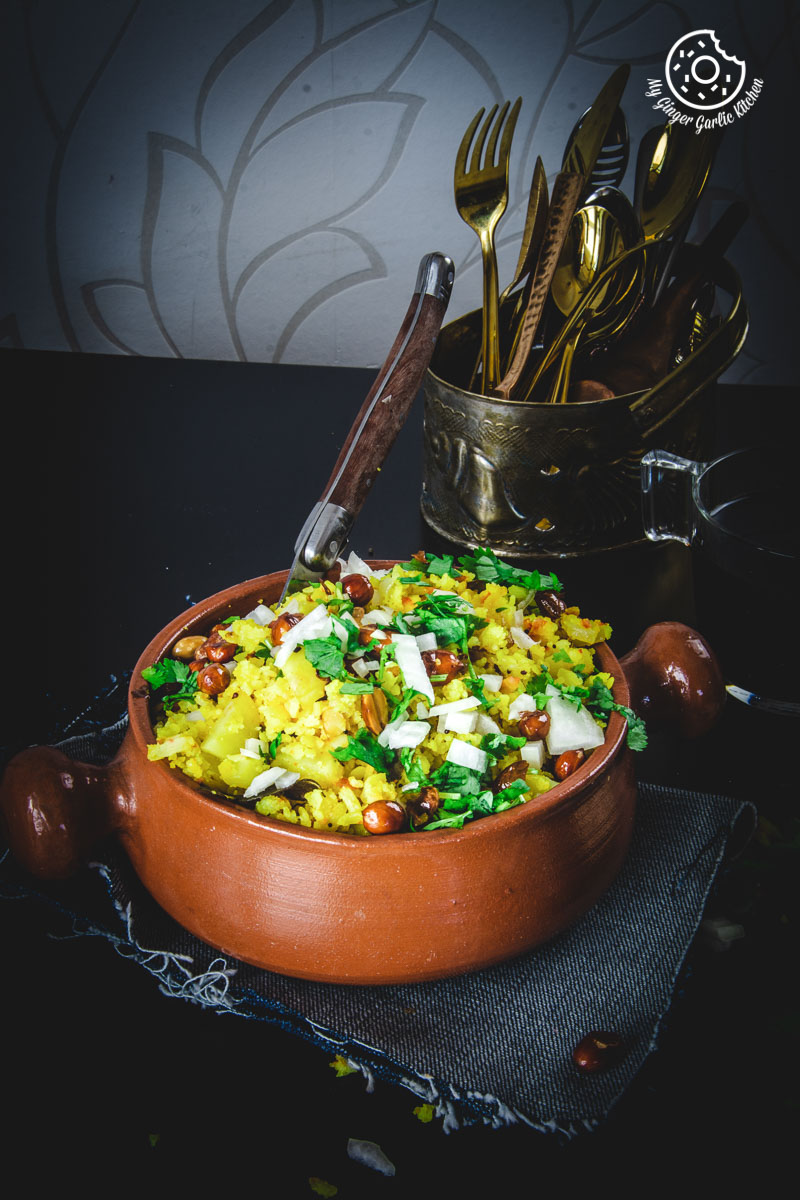 This easily digestible Aloo Poha or Potato Poha is a popular breakfast recipe in the Indian states of Gujarat, Madhya Pradesh, and Maharashtra. Even though this snack is originated from the above Indian states, it has now become renowned across the whole of India.

Hence, this Aloo poha, batata poha, or Potato Poha is a very simple and satisfying breakfast dish which is a frequent visitor at Indian households. The reason for its popularity is simple — making this poha is quick and easy. Plus, due to its nature, it is also healthy and fuller. 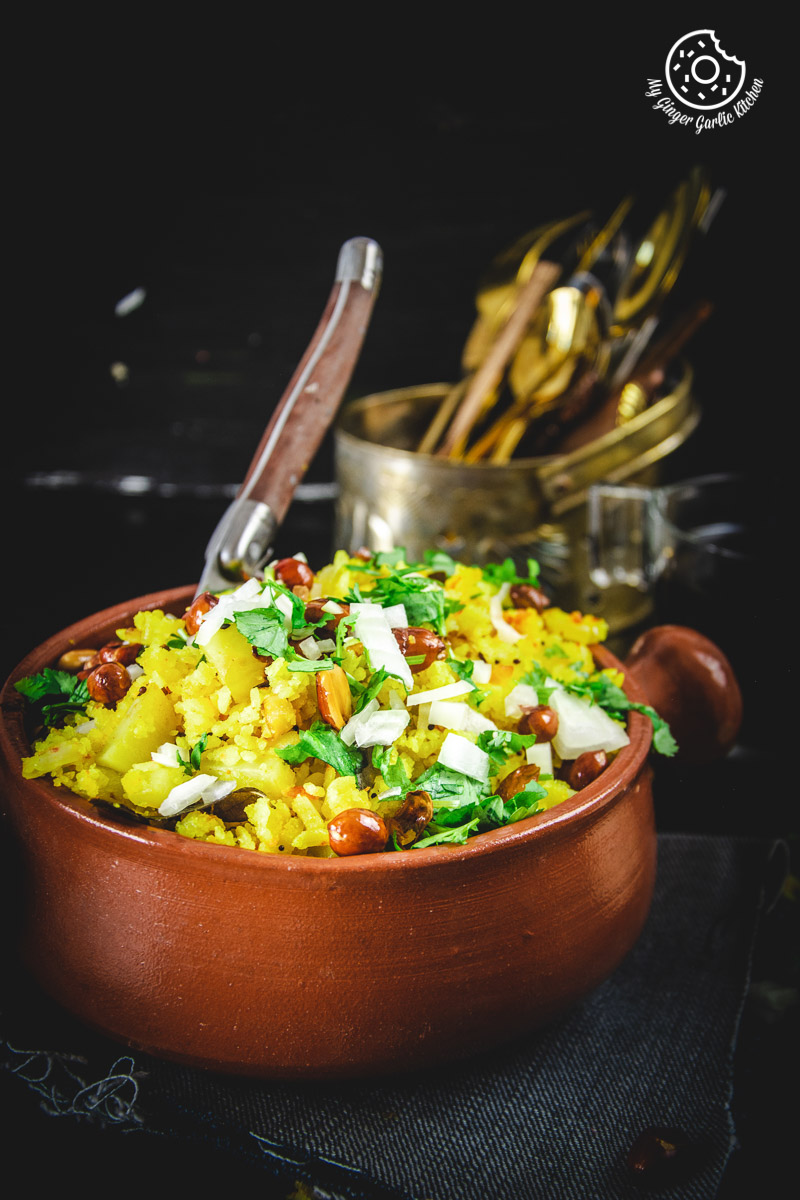 How do you make potato Pawa (Potato Poha) Recipe ?

This potato Pawa / poha is cooked using beaten rice aka poha and is altogether trouble-free to make. In this Aloo Poha / Batata Poha recipe, potatoes are first stir-fried. And then onion is added to sauteed potatoes. The mixture of sauteed potatoes and onions gives this poha a desirable soft texture and an awesome flavor.

How can I make Poha?

There are many ways of making and eating a poha — sweet, salty, fried, spicy, or raw. There is another very popular lightly fried version of poha which is a standard breakfast in Malwa region (neighboring Ujjain and Indore) of Madhya Pradesh. This is known as Indori Poha.

Precisely, Indori Poha is well-known in Indore and eaten with the sweet Jalebi. And this breakfast is famously known as ‘Poha-Jalebi’. 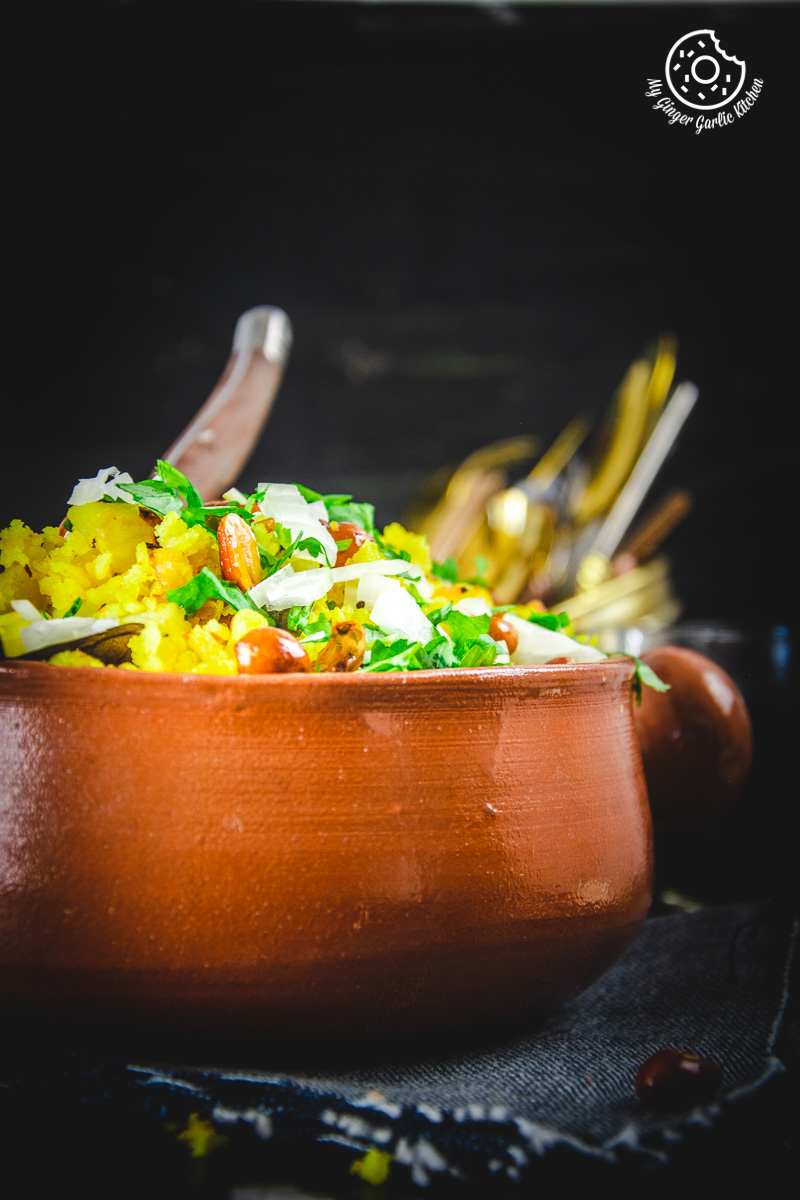 What is thin Poha?

Which Poha to use in aloo poha recipe — thick or thin?

You will have to use medium-thick poha for this aloo poha recipe.

How long do you have to soak Poha?

There are different varieties of poha with various thickness.

For making aloo poha, you would be needing the medium thick poha. But this thickness also varies from label to label, so when making the poha for the first time using a particular brand, you will have to check the soaking time. So be very vigilant about the soaking time of the poha.

To make things easier, I personally like to test 1-2 tbsp of poha first, so that the poha doesn’t get wasted. Another tip is that when you like a specific brand, try to stick with that so that you don’t have to go for a dry run with every new packet.

I don’t immerse my poha in water. What I do is, I add the poha to a strainer and simply rinse it well, then keep it aside for 7-8 minutes. All the magic happens in those 7-8 minutes when the poha sheds the excess water and keeps getting softer from the remaining water. With this method, poha swells up nicely. In the meantime, I prepare the stir-fry for poha. 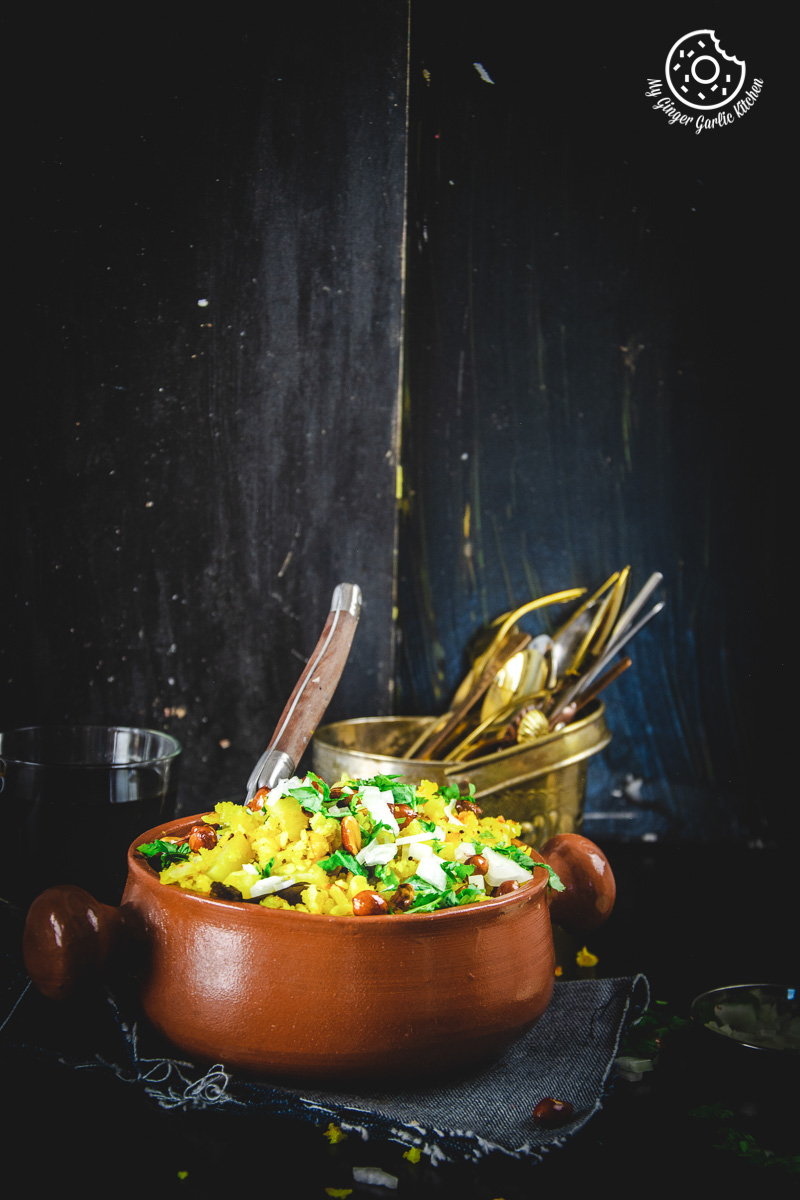 How to serve aloo poha?

Aloo poha is usually served with the toppings of crunchy fried peanuts and a generous amount of chopped coriander leaves. Having it with a piping hot cup of tea/coffee is one of the best ways to kickstart any morning.

However, many people like different types of garnishing for aloo poha. Some people like to add crunch in the form of bhujia/sev and onions. Others like some fruity topping, so they add pomegranate arils. While I like to top my poha with lots and lots of fresh mint leaves. So be your own chef and create any desired toppings. 🙂

Making poha at home is always good, because it’s hygienic, and tastes wonderful, and of course, it’s made with your love and care. 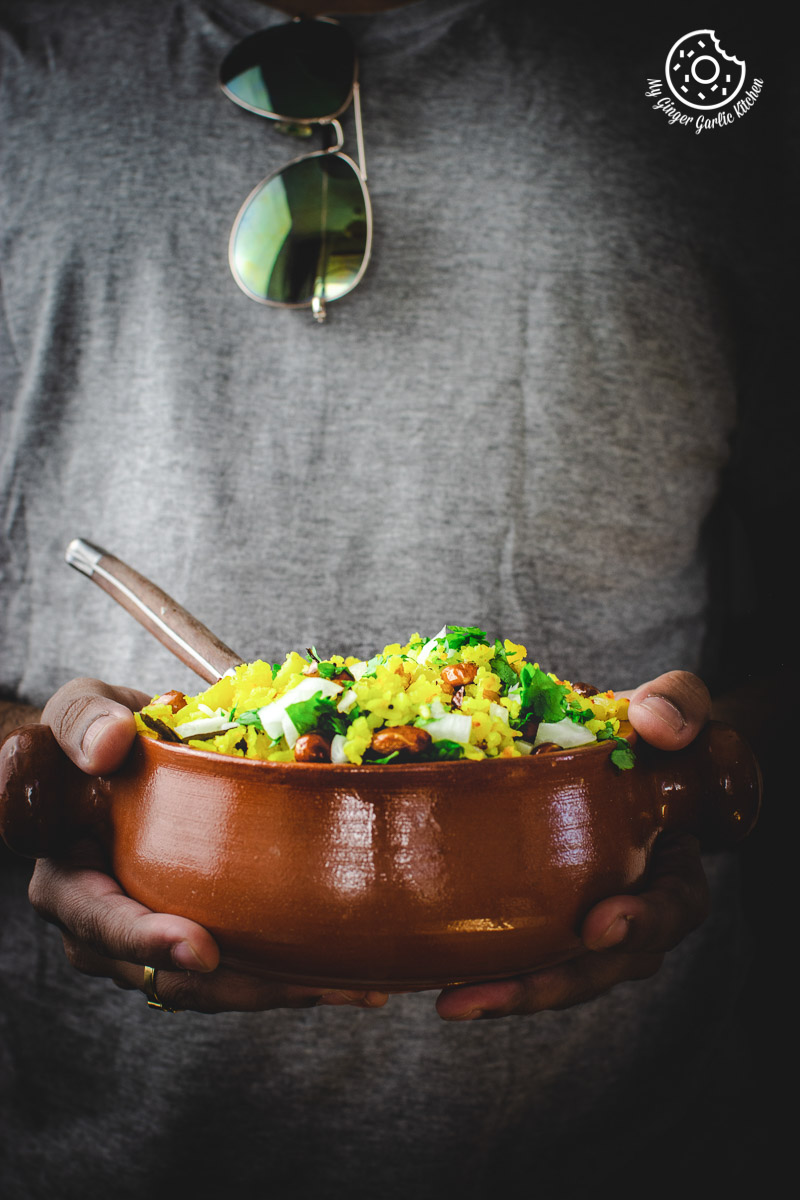 Yes, the white poha is entirely gluten-free. This gluten-free dish is a tasty, fast and easy alternative to the very general breakfast bread.

Is POHA good for health?

Yes, it is good for health, because it has many health benefits. It’s light on the stomach and easily digestible. Thus, many nutritionists recommend poha as one of the healthiest Indian breakfasts or snacks. 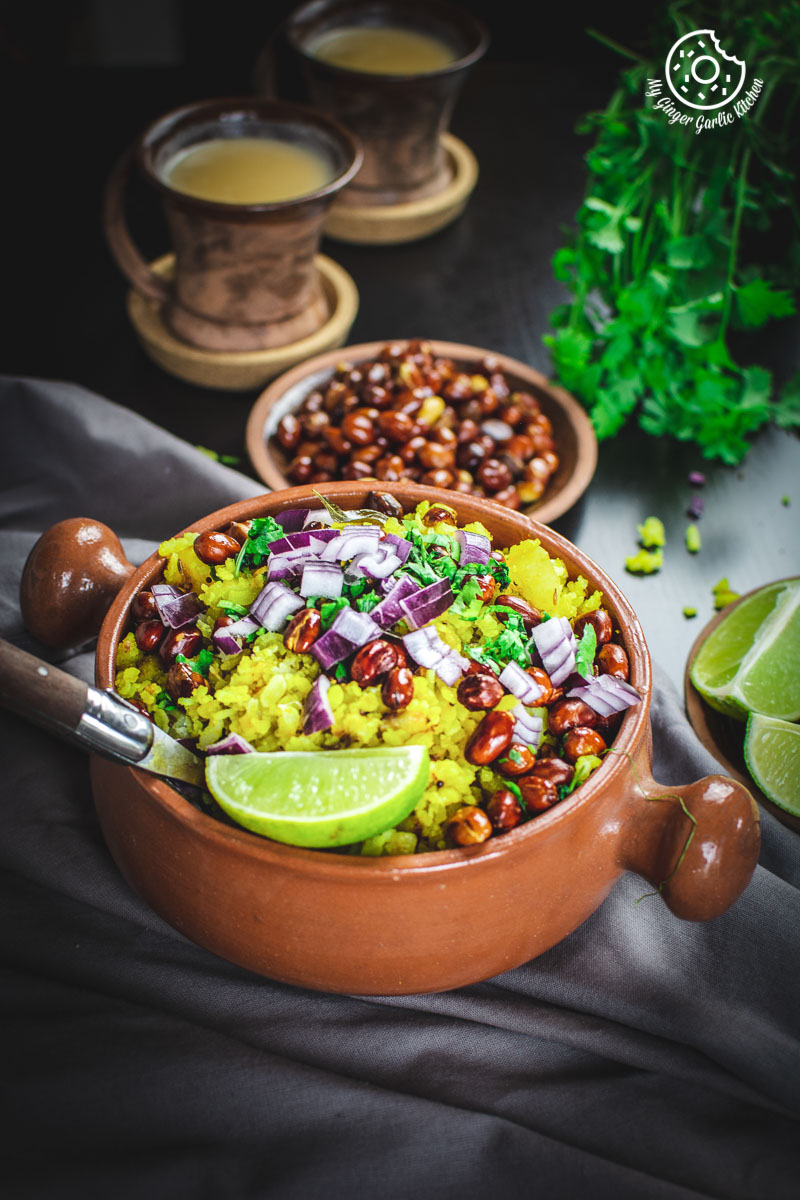 What are the health benefits of poha? 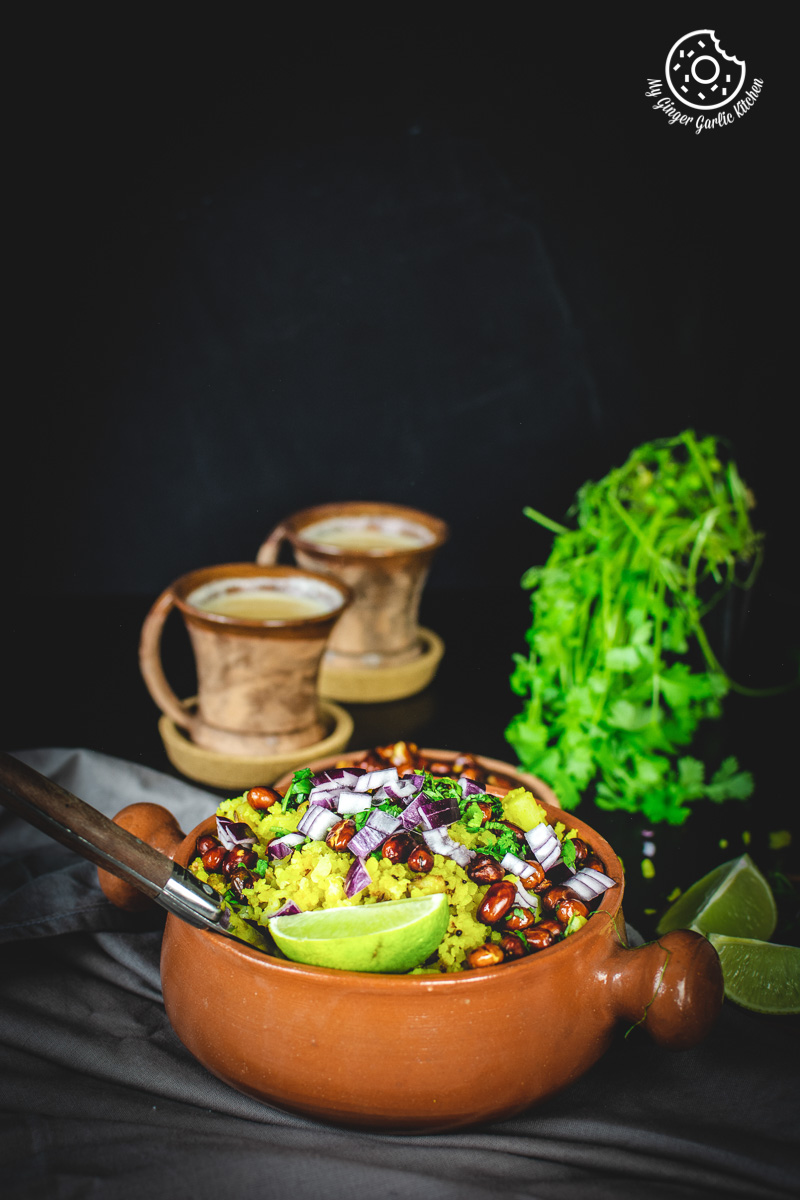 What are the important tips and tricks to make best Aloo Poha Recipe? 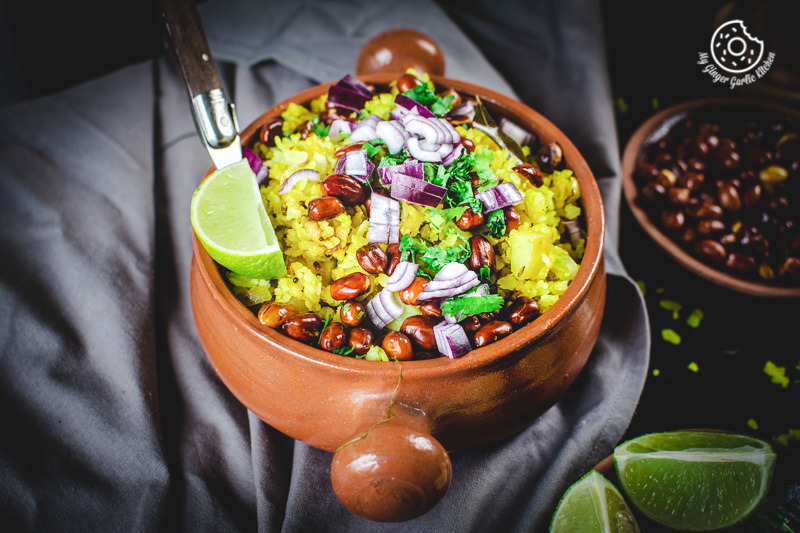 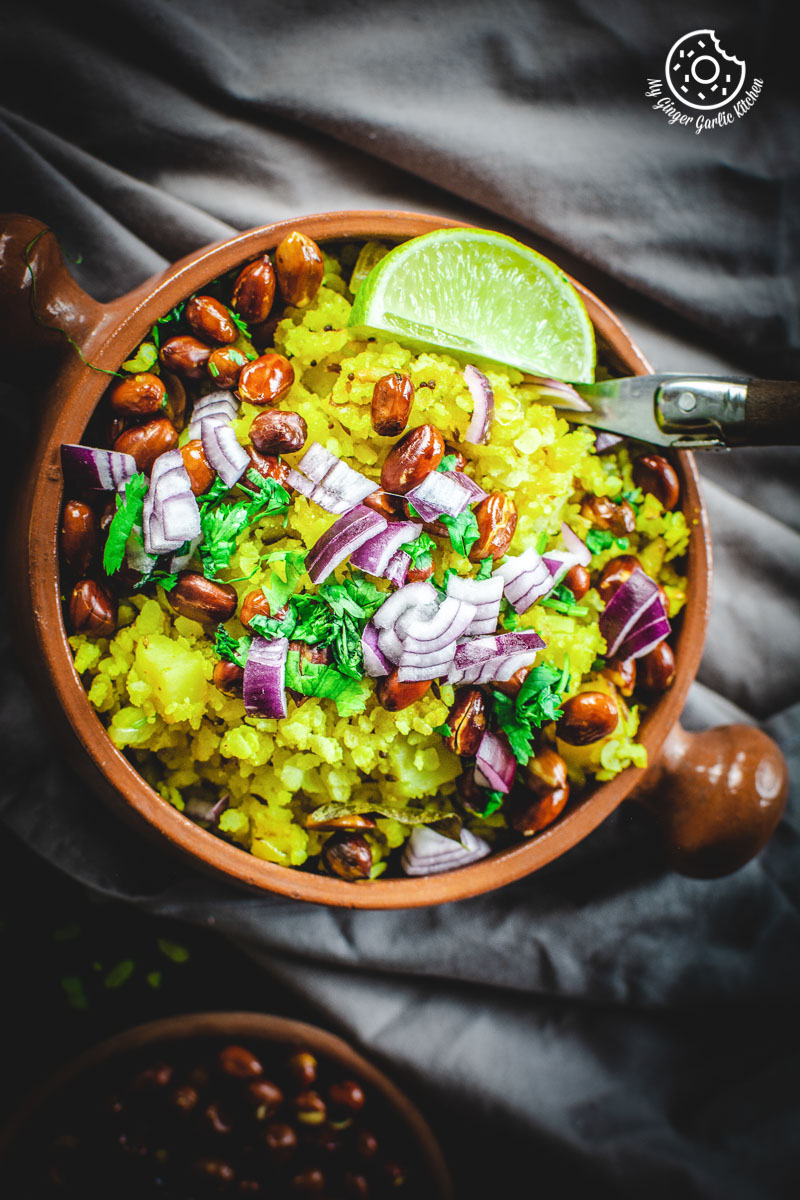 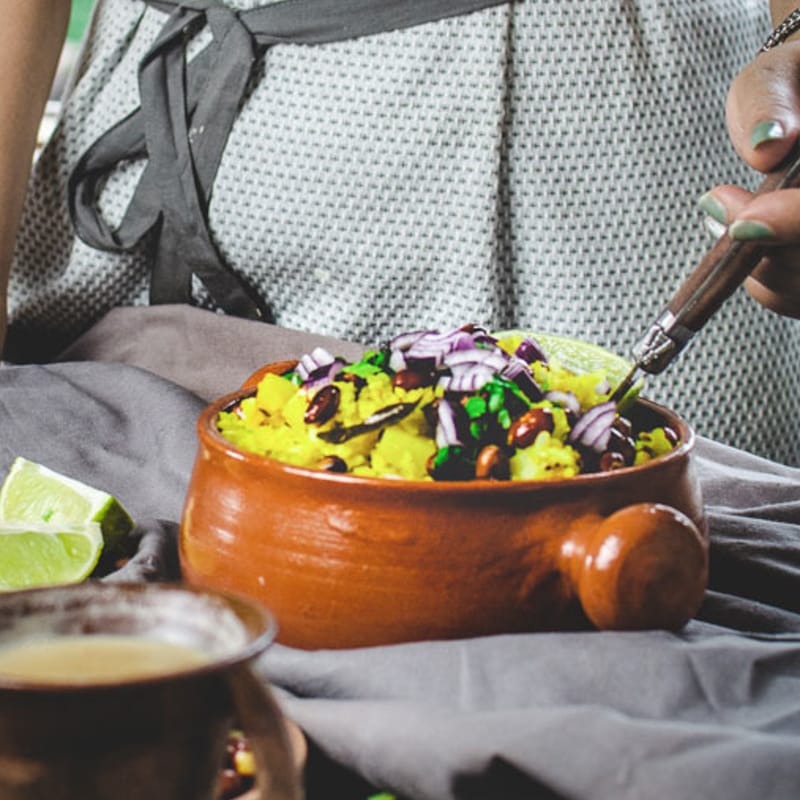 Aloo Poha or Potato Poha is a popular breakfast/snack recipe in Maharashtra, Gujarat, and Madhya Pradesh. This wholesome dish is made with beaten rice. ★★★★✰
(Rating: 4.4 from 100 reviews)

How to Make Aloo Poha: